A central feature of quantum mechanics is that a measurement result is intrinsically probabilistic. Consequently, continuously monitoring a quantum system will randomly perturb its natural unitary evolution. The ability to control a quantum system in the presence of these fluctuations is of increasing importance in quantum information processing and finds application in fields ranging from nuclear magnetic resonance to chemical synthesis. A detailed understanding of this stochastic evolution is essential for the development of optimized control methods. Here we reconstruct the individual quantum trajectories of a superconducting circuit that evolves under the competing influences of continuous weak measurement and Rabi drive. By tracking individual trajectories that evolve between any chosen initial and final states, we can deduce the most probable path through quantum state space. These pre- and post-selected quantum trajectories also reveal the optimal detector signal in the form of a smooth, time-continuous function that connects the desired boundary conditions. Our investigation reveals the rich interplay between measurement dynamics, typically associated with wavefunction collapse, and unitary evolution of the quantum state as described by the Schroedinger equation. These results and the underlying theory, based on a principle of least action, reveal the optimal route from initial to final states, and may inform new quantum control methods for state steering and information processing. 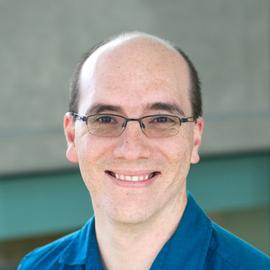